Put on your red shoes and dance the blues…

Or sit under the fan barefoot and blog. Whatever.

My blogging bestie tagged me again! Yes, Pinkie nominated me for the Let’s Blog tag. So with no further ado:

1. Mention the creator of the award and the blogger who nominated you.
Let’s blog was created by  Renee from Renee’s Corner!  I only recently started following her blog and she offers a nice variety of stories and cartoons. Check it out!

As I mentioned already, Pinkie is responsible for nominating me for it – thank you Pinkie! I love tags – nominate me all you want 😀

I get to interrogate, I mean, question my nominees? Muwahahaha. Ahem.

1)If you could live in any other country in the world, where would you live?

Due to my feelings about the actions of the country I was born in over the last few decades, I’ve actually considered and looked into this. For a long time Australia was my leading choice for practical reasons. I’ve also considered a number of tiny island nations that welcome retired Americans (and their steady Social Security income). Because you see in the real world, Americans (especially of the retired/self employed variety) are not all that welcome anywhere anymore. I mean, we can VISIT but then everyone wants us to GO THE FUCK HOME. (Not that I blame them)

My current practical choice is Saipan. Which isn’t quite a country – it is a “Commonwealth” of the United States, one of the Marinara Islands. (The U.N. doesn’t like colonization or colonies, so now we have “commonwealths” which basically work the same. Lots of brown natives with ugly old white men as overlords) It’s basically a piece of Japan we stole and failed to return. I don’t even need a passport to go there, and they have a dialysis clinic for the hubby. Because it is (sort of) part of the U.S., his medical insurance would also follow us there. (Again, most countries will not have us because of his chronic health issues). Saipan is a hop, skip and a jump from Japan, and many Japanese vacation there. However, it is NOT a hop, skip and a jump from the U.S. and Firefly can’t swim. Or float. Without help… 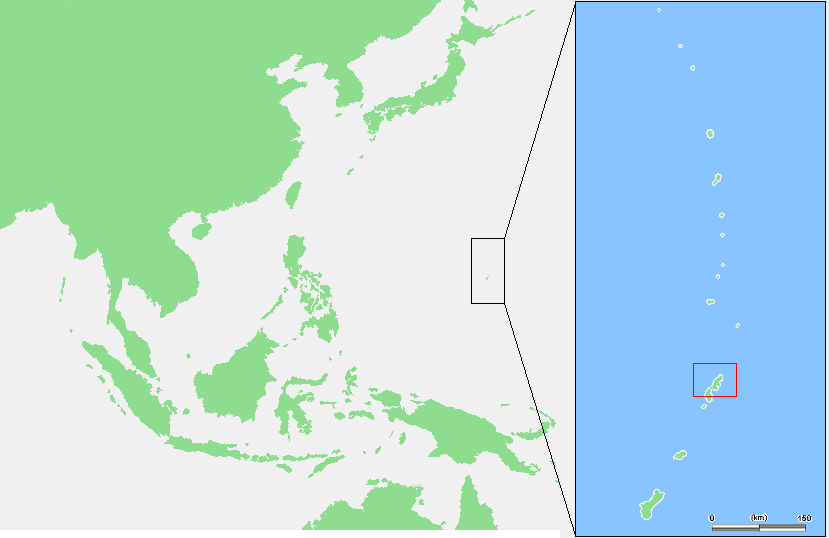 (Map is in public domain, I found it on Wikimedia commons) 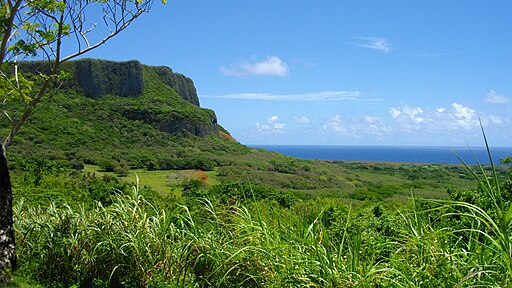 Now if you want to go all imagination wild, I think I would like to live in Japan, perhaps Hokkaido where they have horses. I’d also enjoy Mongolia (again, horses), and India (THE FOOD). New Zealand is beautiful, but I think it might be too cold for me. A warm, mild climate is essential and I can’t be too far north because I have seasonal affect disorder. And I have always really wanted to live on an island. Don’t know why. I would really dig the wilderness of Canada or Alaska, but again, too cold and too far north. Nice place to visit. In the summer.

2)Do you believe in Ghosts?

Yes. I’ve written out all my encounters here at Wattpad. It’s pretty hard to deny something you know is real.

3.  If you’d reincarnate as an animal of your choice what animal would you be?

In actually, that’s kind of a hard choice. First, because there’s such a plethora of choices that would be really cool. And second, because if I went for my personal first choices – say horse, or cat – you can find yourself at the mercy of humankind. Which can be a bad thing. Even if you choose wildlife, you are basically still at the mercy of the species that is heating, polluting, and destroying the environment.

Luckily, viruses aren’t animals or I’d get snarky about choosing to be a coronavirus and jumping in a certain pumpkinheaded politicians nose.

I want to be a wild horse, and I want to live out my days in either the French Carmague, Assateague Island, or the Sable Islands. Basically, anywhere that wild horses are not being managed to extinction by the BLM.

4. If you could learn any skill instantly what would it be?

Game design. Or at least, graphics design for games. I know, I know, I have had at various times both the Unity game engine and the one for Visual Novels downloaded and gone through the tutorials and they just make my head spin until my brain stalls out. Dammit. Pisses me off. I learned html. I learned digital art – and then they changed all the drawing programs on me and I can’t seem to deal with the new ones. Dammit. I have ideas!!!!

5. Do you ever use Weeaboo speech?

Daily. Thing is, I watch a lot of Japanese and other Asian dramas, and I notice that a whole lot of Americanisms and English words have worked their way into the everyday vocabulary of young people. So I see no reason, and no shame, in sprinkling my everyday speech with Japanese – especially since my poor hubby has managed to learn enough to know what I’m saying. Or it gives him an even better excuse to ignore me. 😛

6. Is there anything you are passionate about , that isn’t a subject on your blog?!

I have to say, I don’t think so. Now that this blog is just for fun, I pretty much talk about whatever I wanna talk about. I do keep the politics and medical rants down to a dull roar because I’m trying to keep it light and fun as much as I can and neither of those is any fun. I haven’t really talked a lot about Paganism for a while, but that’s just part of my life so I feel like it simply works it’s way in and winds through everything to some extent. I wrote about it over at Wattpad, too and I used to write and talk about it a lot. I’ve gotten a lot more thoughtful about writing about serious, I mean like life and death serious things on my blog. Or anywhere. I don’t need the negativity it can bring.

Absolutely. In no particular order, Irina, Pinkie, and Biblionyan. They have to courage to step out and be themselves in a world that can sometimes be harsh and judgemental – and they are all incredibly talented.

8. Name an experience that would be on your bucket list.

That I think I can still do? LOL Geez, I mean there are lots of things I’d like to do but I kind of don’t do the bucket list. If I make a list of things I want to do before I die and then I don’t get to do them, am I a failure? Was my life not worthwhile? Did I really miss out on anything? My answer to all of those is, no. There’s things I’d really like to do. That I might even get to do yet. I’m a pixie, you know, so I’m only middle aged. I’ll easy live to over 100.

Just offhand then, I would like to leave the U.S. and travel the world. For me, this would include lots of kayaking and hiking and wilderness adventures. One trip I’ve always wanted to make was to go to Washington, get on a cruise ship that would go to Alaska, hop on the train that goes through the wild (I hear the animals aren’t afraid of the train and come very close) and then cruise back down the west coast and see whales and visit the San Diego zoo. Why, yes, yes I’ve made this plan. Life…

9. If you were a flavour of Ice-cream what flavour would you be?

Bunny Tracks. Sweet with a harmonious variety of flavors and just a little nutty…

10. What is the next thing you have in your agenda/planned after writing this post?

I’m going to get up and go do the dishes by hand. Hubby cooks. I wash. While I do dishes I usually listen to a podcast. Currently I’m mostly listening to Conspiracy Theories by Parcast on Spotify. Then it will be time to sit myself down and watch “TV” (streaming services mostly really) with the hubby for a few hours and then bed. It’s Monday, so it’s “import” night. We’ll watch J and K drama and maybe some BBC stuff. I’ll probably actually finish this post tomorrow because I want to put some thought into my questions. Although it’s intimidating that I’ll have to answer them, too!

If you could live on a different planet which one, and why? Any planet is eligible, real, fictional, or imaginary.

Well, I like this planet but… Pern. I think I’d like Pern as in Dragonriders of Pern.

If you were a Transformer – what would you be? You can pick one or make up your own.

I love Bumblebee. But the beast Transformers are super cool, too. Maybe a fire breathing horse that turns into a steam engine locomotive!

A smokey old fashioned blues bar with live music and a dance floor.

You can have any anime companion/pet/sidekick – which one and why?

Madara/Nyanko-sensei because what could be better than a big, fat, purring kitty combined with an almighty flying wolf guardian.

Half of you can probably answer this for me, Godzilla RULES. (But I do have a lingering fondness for Creature from the Black Lagoon)

What is the most beautiful thing/place/experience you’ve ever seen?

A long long time ago (mukashi mukashi) I woke up in the pre-dawn hours and walked down to a river. For no particular reason I settled on the bank, screened behind a thick bunch of cattails, but where there was an opening so I could see out into the wide, silver water with the mist hovering over it.

And then, materializing out of that mist a pair of wild swans floated majestically past.

What would you do if you suspected someone you knew was a serial killer?

Well there’s a lot of if this then that circumstances, but I’m really thinking about when Ann Rule realized she was working next to Ted Bundy (before we all knew who he was). And liked him as a person even. I do think, if I could get them to listen to me, I’d speak to the police. I’d also put some distance between us…

Would you use natural healing; supplements, reiki, accupuncture, etc.

Yes. Don’t get me wrong, I believe in science, too. I just don’t think science has caught up to some more ancient methods, and the model of medicine for profit means that methods that don’t increase someone’s bottom line don’t get researched or practiced.

What is your favorite emoticon?

I have a thing for the original smiley face. I remember this fellow from back in the 60s, before Walmart defiled him, before we even had emoticons on our phone.  But I probably use the one with skwinty eyes and a big toothy smile for laughing the most

What really makes you happy?

Every morning I wake up (that’s a great start) and the first thing I see is my hubby up at his computer playing games. All is right with my world then.

My next five victims, I mean, nominees are:

Anyone who happens to also want in, comment and pile on in! This is another nifty tag we can pass around forever because the questions are always different and I always think mine aren’t good enough 😛

View all posts by foovay